Nature is a beautiful thing to admire, but in their search for beauty to admire are some individuals reckless with the environment and its animals? The International Ecotourism Society defines ecotourism as “responsible travel to natural areas that conserves the environment and improves the well-being of the local people (http://www.ecotourism.org/what-is-ecotourism).” Recently, there has been an increase in ecotourism as well as concerns for the effects that result. END_OF_DOCUMENT_TOKEN_TO_BE_REPLACED

From Bella to Brontë

Many people today are absolutely obsessed with the “Twilight” series written by Stephenie Meyer (http://www.stepheniemeyer.com/bio.html). In fact, “Twilight” has sparked an interest in teens for books like “Wuthering Heights” and “Jane Eyre”. My sister is one of the many teens flocking to gothic literature due to its reference in the “Twilight” series. I think that this is fantastic, and it will broaden their literary knowledge besides the usual teen paranormal romance novels.  In many ways these books are just modern, modest renditions of the true literary classics of the Gothic genre, one of the classics being “Jane Eyre” written by Charlotte Bronte in 1847(http://www.sparknotes.com/lit/janeeyre/facts.html).

END_OF_DOCUMENT_TOKEN_TO_BE_REPLACED

The Buzz: Lowering the drinking age

Here it is. The cliché controversial topic that’s been the “buzz” for decades. You’ve probably heard many arguments about lowering the drinking age, but you should definitely pay close attention to this particular topic; Something needs to be done. 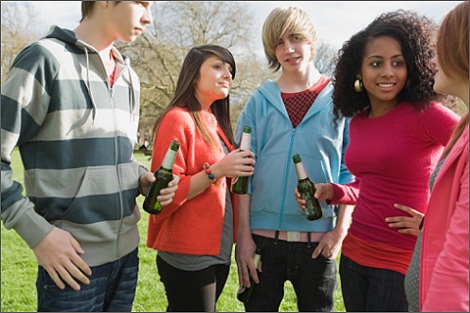 Drinking has become such a big deal over the past few years. Maybe it’s because I’ve entered college and have experienced adult ‘situations,’ but nevertheless it is still a huge part of your life whether you do it or not. There are always going to be people who defy the rules. These are the one’s who end up incarcorated, or even worse, on their death bed. But of course, there are the ones who don’t get caught as well. In countries other than the US, the drinking age is significantly lower which results in less drinking problems. Children from those countries are exposed to alcohol at a young age, so when they reach 18, it’s not that big of a deal. They don’t try to break the rules to obtain it because A) they have been around it for a while,and B) they aren’t too old when they are allowed to get it.  END_OF_DOCUMENT_TOKEN_TO_BE_REPLACED

+2 to Diversity; Social Aspects of a Famous RPG

For a brief description about D&D, read “Freaks, Geeks, and the Role Playing Subculture”

Dungeon and Dragons (or by its abbreviated name, D&D) is a tabletop RPG (Role Playing Game) that introduces an extensive fantasy theme. From slaying the notorious dragons to goofing off with your fellow comrades at dwarven bars, this vast gaming system has provided entertainment for almost 40 years. END_OF_DOCUMENT_TOKEN_TO_BE_REPLACED

The Taste of Victory 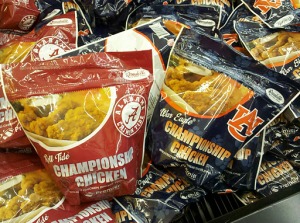 No matter who you cheer for, there will always be enough chicken to go around.